Inner Nature is a new programming area of Nature Saskatchewan, which promotes our vision of  “humanity in harmony with nature”, through unique film screening events about Jim Settee, a Saskatchewan Cree Elder who “was part of nature, who lived it”.

Jim Settee: The Way Home is the remarkable story of Jim’s life as an oral historian, tracker, and spiritual mentor, and also of his universal teachings, including his teachings on our connection to nature. It is also a story of transformation for those he touched, and a legacy for all people on our varied journeys ‘home’.

Filmmaker Jeanne Corrigal travels to many schools across Saskatchewan, showing the 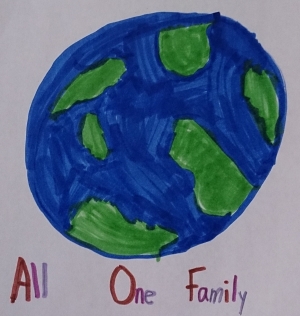 film and using personal stories to maximize the film’s heartfelt and universal themes of natural and cultural heritage. Maximizing the impact of the film for the students is one of Jeanne’s main goals. She introduces the film screening in a unique way through her personal story of the lost boy, which has universal appeal to all audiences.

The film describes the teaching found in Jim’s search for the boy, and also shares the many themes of Jim’s life, including his role as an oral historian for Métis and First Nation history and culture, his care for the environment, intergenerational learning, community leadership, and universal values.

Jeanne’s follow up reflection connects to the film’s Matchbox story, in which Jim filled matchboxes with small gifts for each of his grandchildren. Jeanne anchors the film’s themes by unpacking a matchbox filled with objects that represent Jim’s teachings.

If you know of a school who would like to book the Inner Nature presentation, please contact Jeanne at jeannecorrigal@sasktel.net  Jeanne presents to grades 4-12 in groups of up to 300, including the film and the matchbox talk. She can then stay to do more reflective activities with smaller groups. She can stay in one school for up to 2.5 hours.

All One People, by Joseph Naytowhow, part of the soundtrack of Jim Settee: The Way Home 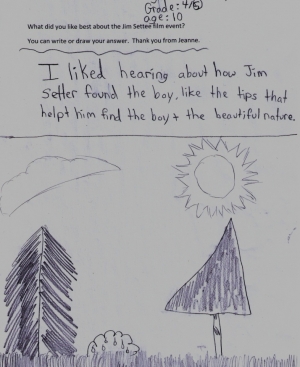